M25 Chauffeurs Ltd provide chauffeur services in West Ealing area. West Ealing is a district in the London Borough of Ealing, in west London. The district is about three-quarters of a mile (1.2 km) west of Ealing Broadway. Although there is a long history of settlement in the area, West Ealing in its present form is less than one hundred years old. West Ealing falls under the postcode district W13 and neighbours Hanwell, Ealing, Perivale and Northfields
A hamlet named West Ealing was recorded in 1234 AD, although it was later renamed Ealing  Dean; the West Ealing railway station was known as the Castle Hill & Ealing Dean Station when it was built in 1871. Ealing Dean may derive from denu (valley); its first reference was in 1456, and it appears on a 1777 Ealing parish map. Most of what is now West Ealing was open countryside, with houses at Ealing Dean, Drayton Green and Castle Bear Hill (now Castlebar Hill). 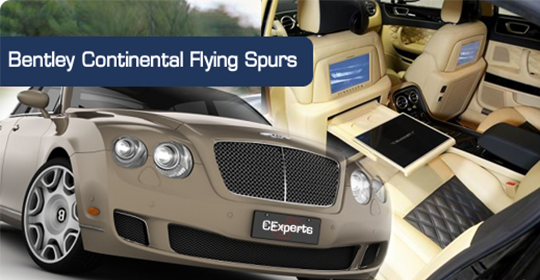 In 1387 Drayton Green was known as Drayton and, later, as Drayton in Ealing. During the late 19th century, Drayton was a hamlet with eight householders. The area around Drayton Green Lane was later called Steven’s Town and had over forty cottages. A major east-west road in the area became known as the Uxbridge Road. It was a popular 19th-century stagecoach route, and the London-to-Banbury-and-Oxford coach stopped at the Halfway House pub (the present Broadwalk Hotel) in West Ealing. The Green Man pub in West Ealing was a carters’ stop, reportedly with stabling for a hundred horses. Enjoy professional chauffeur services in our impeccable range of luxury cars. Our fleet of luxury cars includes Bentley Continental Flying Spur, BMW 7 series, Mercedes Benz S Class, Rolls Royce Phantom, Range Rover, Maybach 62, Stretch Limousine and more. Our luxury chauffeur driven wedding car hire packages in West Ealing has unbeatable prices.

Our chauffeur service takes away the hassles of driving, road rage and stress involved in looking for convenient parking in busy areas. Our chauffeur service takes away the hassle of manhandling luggage on airport buses for you. We will ensure that you arrive for your business meeting, executive board meeting, conference, personal engagements stress-free in a relaxed and calm manner.

M25 Chauffeurs Ltd chauffeurs are all trained to BCG security standard. We are used to dealing with visiting diplomats, heads of states and royalty. We can also provide close-protection bodyguards if you or your clients need them.

M25 Chauffeurs Ltd provides chauffeur services to pick up and drop visiting clients to and fro the head office, factory or hotel to attend meetings, conferences, airport transfer service, weddings and many more. Our chauffeur will meet and greet your visitor in an arrival lounge holding a placard with their name so that we can quickly identify them.

Hi there! Click one of our representatives below and we will get back to you as soon as possible.

M25CHAUFFEUR Get an instant quote..!
Chat with us on WhatsApp